He attended Saint Joseph grade school, the sisters of charity of the Blessed Virgin Mary were great teachers, He said. He graduated from Boys’ Central High School, where Irish Christian brothers taught him. The education and his classes at Carroll College started him thinking about a vocation. “It just kind of developed from there.”

He studied theology at Saint Thomas seminary in Denver Colorado and earned a master’s degree in religious education and ministry at Seattle University.

Father Frank Mccormick said his assignments were mostly different. His first one was as associate pastor at Little flower parish in Browning Montana, the summer after orientation, and Saint Anthonys in Missoula, that fall. In 1970, he was an assistant at Holy Rosary, in Bozeman Montana, and at Saint Mary’s, and Helena Montana, in 1972. He became co-pastor of Saint Mary’s in Helena, in 1974.

In 1977, he became part of a pastoral team that put together the Anaconda Catholic community under the direction of Father Jim White. Father Frank started coordinating that team in 1983.

His first appointment as Pastor was for Holy Cross Parish in Townsend Montana, in 1985. In addition, he became the Director of the Diocesan office of pastoral renewal at the Chancery in Helena.

In 1987, he was moved to Missoula’s newest parish, Pope John Paul the XXIII, (Now Blessed Trinity), and applied what he had learned in Anaconda.

In 1999, he became pastor of Saint John the Baptist Parish, Frenchtown Montana, and Alberton, and Superior.

In 2001, until his retirement, he became Chaplain of Saint Patrick’s hospital in Missoula Montana.

Father Frank said Regarding his Tenure at Saint Patrick’s hospital, “I have just enjoyed so much working with the sick, have learned so much about our vulnerability and fragility.” Father continued, “people have so many, many needs through the healing of their bodies, minds, and spirits. It has been a very spiritual time in my life.”

Father Frank was preceded in death by his mother and father.

He is survived by his sister, Marguerite (Noble) Veal, brother, James J. McCormick (Marilyn Gray), his nieces and nephews, Mike, Julie, Brad, Eric, Maryanne, and Elizabeth, and many extended family.

The funeral Mass was recorded by Garden City Funeral Home and Crematory of Missoula, you can find the link at gardencityfh.com on Father Frank’s obituary page. 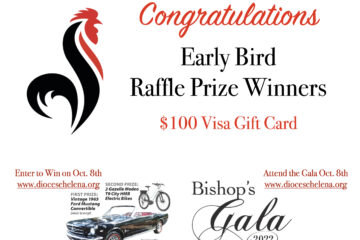