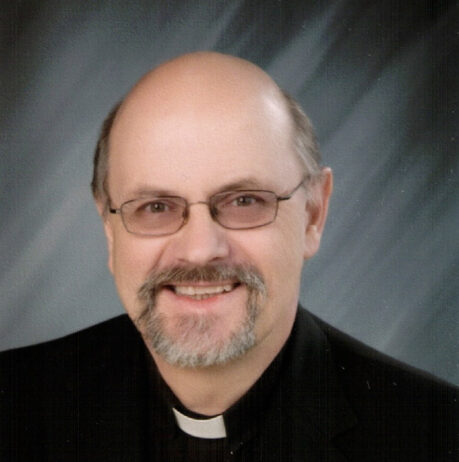 Father Richard Anthony Kluk died the morning of December 8, 2021, after a long illness and hospitalization at the Logan Medical Center in Kalispell. He was 68 and served as a priest for 11 years.

Richard Anthony Kluk was born February 12, 1953, in Lincoln, Illinois, the son of Dr. George and Helen Kluk. He has a brother, Thomas, and a sister, Eva. He attended Catholic Schools and graduated from Marist High School in Chicago in May of 1971. His college education was at the University of Arizona, South Suburban College in Illinois, and Loyola University of Chicago, from where he received a Bachelor of Science degree in Biology in 1975. In June 1977, he completed Nuclear Medicine Technology Certification and in 1979 he received a Master of Science in Computer Science from DePaul University.

Richard worked for Ingalls Memorial Hospital, for Northrop Corporation, for Telos Corporation and for United Defense Ltd in California, for Honeywell in Albuquerque and for Raytheon in Lompoc, California.

He served as a Deacon at the Anaconda Catholic Community, which also was his initial priest assignment. His other priestly assignments included St. Joseph Parish in Harlowton and St. Bartholomew Parish in White Sulphur Springs; St. William Parish in Shelby with St. Thomas Mission in Sunburst, and St. Margaret Parish in Cut Bank, and St. Francis Parish in Valier; SS Cyril and Methodius Parish, East Helena, and Holy Cross Parish, Townsend. Since July 1, 2017, he has been the Administrator of St. Joseph Parish in Libby with Immaculate Conception Mission in Troy.

He was preceded in death by his parents, George and Helen Kluk. He is survived by his brother, Thomas, and sister, Eva Kuzmanich and nephew and godson Gregory Kuzmanich and his niece Regina Kuzmanich.

The Vigil Service will be at St. Joseph Parish Church in Libby on Wednesday, December 15 at 7:00 pm. Bishop Austin Vetter will celebrate the Funeral Mass at St. Joseph Church on Thursday, December 16 at 1:00 pm. He will be buried at the family plot at Holy Sepulchre Cemetery in Worth, Illinois.