It is with both love and deep sorrow that we remember a courageous, devout and loving man, our father, grandfather, great-grandfather and Catholic Deacon, Donald Charles Marks, who passed away on October 31, 2018.

Deacon Don was graced with a large and loving family and many close friends. Left to cherish his memory are: his 9 children, Jim (Kathy), John, Denise Hartman (John), Joe, Jeff (Earla), Jerry (Brenda), Donna Harris (Scott), Jay (Kaimy), and Jack. He was extremely proud of his 23 grandchildren and 10 great grandchildren. Don is also survived by his siblings, Martha Louise McNichol, Gerald Marks and John Marks. He is preceded in death by: his wife of 54 years, JoAnn Howard Marks, who passed in 2011; his parents; brother, Ron Marks, and his grandchildren, Seamus and Reece.

Deacon Don was the first of five children of Sewell and Alma Marks born in Helena, in 1936. A 5th generation Montanan, Don attended school in Townsend and at Carroll College. In 1955, he met the love of his life at a dance in Townsend. Later that year, he joined the Navy and served as the photographer on the USS Roanoke. Don and JoAnn married in 1957 and eventually settled in Townsend.

Don proudly served in many areas of leadership. While serving 32 years in the 4-H program, teachers could always tell which kids were in Don’s club. Don played an active role on the Broadwater County School Board. He received an award given by Bishop of Helena for his dedication to youth programs. Don made his living farming and ranching. Almost nightly, his dinner table included many neighborhood children and friends. The heat of the oven, the welcoming smell of JoAnn’s baked goods, coffee and great conversation were a constant in Don’s home at all times of the day and night.

Being a man of deep faith, Don fulfilled his dream of becoming a Deacon in the Catholic Church in 1990. He also became a member of the Knights of Columbus. Deacon Don spent countless hours at the Holy Cross Parish in Townsend and St. Cyril and Methodius in East Helena, where his bright smile, enthusiasm and unwavering faith in God made him a beloved member of the church community. His life was a very important lesson on how a person should approach each day with love, compassion, and God in their heart. His tireless approach to life was inspiring. Always optimistic, there was never a “bad day” and he loved his ever-busy lifestyle. As their children reached adulthood, Don and JoAnn logged many miles ministering to people and bringing communion to those who were unable leave their homes.

The Marks family is forever grateful for the VA hospital doctors and staff, and the incredible care provided to Don. 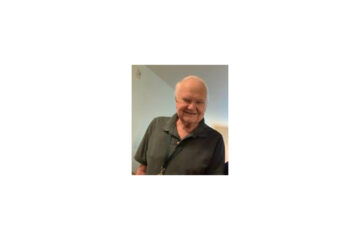 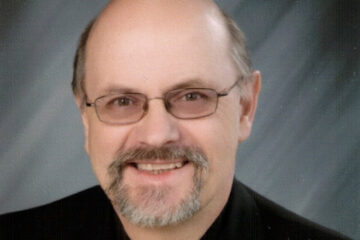