The 265th Pope of the Roman Catholic Church 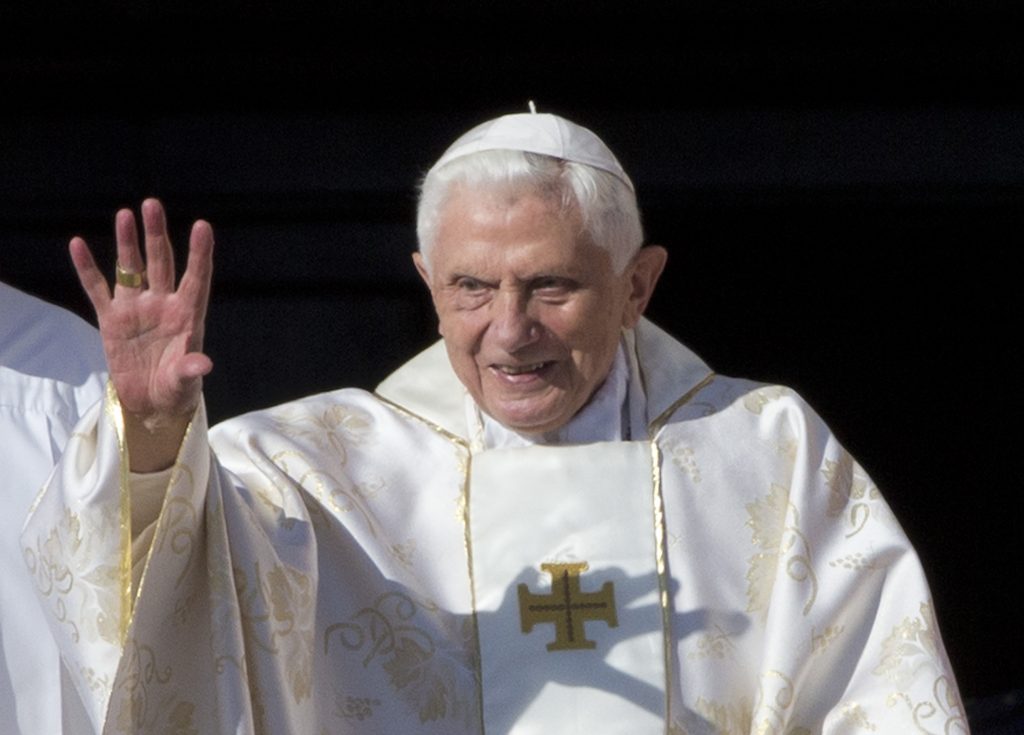 “Dear brothers and sisters, after our great pope, John Paul II, the cardinals have elected me, a simple, humble worker in God’s vineyard. I am consoled by the fact that the Lord knows how to work and how to act, even with insufficient tools, and I especially trust in your prayers. In the joy of the resurrected Lord, trustful of his permanent help, we go ahead, sure that God will help. And Mary, his most beloved mother, stands on our side.”
~ Pope Benedict XVI, April 19, 2005

The following is an exerpt from “Biography of His Holiness, Pope Benedict XVI”.

Cardinal Joseph Ratzinger, Pope Benedict XVI, was born at Marktl am Inn, Diocese of Passau (Germany) on 16 April 1927 (Holy Saturday) and was baptised on the same day. His father, a policeman, belonged to an old family of farmers from Lower Bavaria of modest economic resources. His mother was the daughter of artisans from Rimsting on the shore of Lake Chiem, and before marrying she worked as a cook in a number of hotels.

He spent his childhood and adolescence in Traunstein, a small village near the Austrian border, thirty kilometres from Salzburg. In this environment, which he himself has defined as “Mozartian”, he received his Christian, cultural and human formation.

His youthful years were not easy. His faith and the education received at home prepared him for the harsh experience of those years during which the Nazi regime pursued a hostile attitude towards the Catholic Church. The young Joseph saw how some Nazis beat the Parish Priest before the celebration of Mass.

It was precisely during that complex situation that he discovered the beauty and truth of faith in Christ; fundamental for this was his family’s attitude, who always gave a clear witness of goodness and hope, rooted in a convinced attachment to the Church…

Click here to read the complete biography of Pope Benedict XVI at www.vatican.va.