In 1899, poet William Butler Yeats wrote a powerful and plaintive poem that helps to capture an urgent challenge that we are now facing as a nation.  “But I, being poor,” he wrote, “have only my dreams; I have spread my dreams under your feet.  Tread softly because you tread on my dreams.”

With the stroke of a pen, some 787,580 young adults who came to the United States as the infants and children of undocumented immigrants were plunged into a maelstrom of fear and legal uncertainty. These people are contributors to our economy, veterans of our military, academic standouts in our universities, and leaders in our churches and communities.

The United States Conference of Bishops had hoped for a different path to address the legal vagaries associated with the DACA program.

In July, the Bishops’ Conference urged Congress to continue administering the DACA program while working in an expeditious and bipartisan manner to find a compassionate and permanent legislative solution for DACA youth.

Upon learning that President Trump had rescinded DACA with termination of the program after six months, the usually restrained USCCB called his decision “reprehensible.”

On the bright side, President Trump is on record as having said, “We will resolve the DACA issue with heart and compassion – but through the lawful Democratic process – while at the same time ensuring that any immigration reform we adopt provides enduring benefits for the American citizens we were elected to serve.”

We are also learning of encouraging developments taking place behind closed doors.  Early reports say that the President is open to resolving the DACA crisis without tethering a resolution to the deal-breaking building of a border wall.

If we take our President at face value, then we must shift our attention to members of Congress and ask them to seize the moment.

What can you do?

I strongly urge our people to ask Congress to work with the Administration in creating a permanent and compassionate legislative solution to the DACA crisis. As people of faith, we say to the DACA youth – regardless of your immigration status – you are children of God and welcome in the Catholic Church. We support you, pray for you, and will walk with you as your advocate and friend in your time of need.  You are not alone.

Finally, we prayerfully reflect on the challenge issued by Pope Francis during his 2015 address to the U.S. Congress: “Let us treat others with the same passion and compassion with which we want to be treated. Let us seek for others the same possibilities which we seek for ourselves. Let us help others to grow, as we would like to be helped ourselves. In a word, if we want security, let us give security; if we want life, let us give life; if we want opportunities, let us provide opportunities. The yardstick we use for others will be the yardstick which time will use for us.”

In a word, I appeal to our Catholic community to open your hearts to the young Dreamer now living in fear.

Congress holds the key to their future.

Please do not tread on their dreams. Until Congress acts, dreams are all they have. 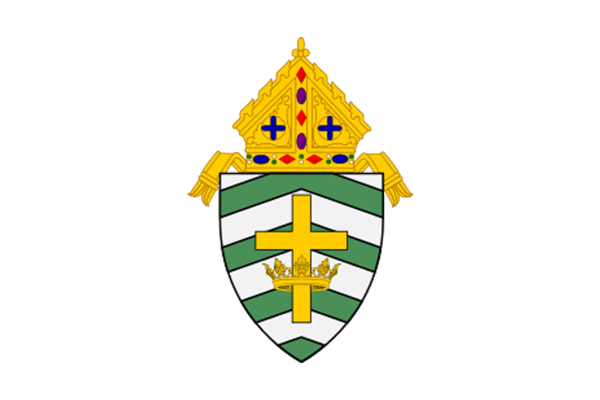